From Supernatural to Veronica Mars: What TV Fandom Can Teach You About Social Media's Value

Ready to hear something really uncanny? The TV show Supernatural, about two demon-hunting brothers that drive cross country vanquishing all kinds of evil creatures, has been on the air for nearly a decade, against all odds and despite the fact that its viewership (as measured by Nielsen ratings) is pretty modest. In fact, Supernatural’s real time viewership (that is the, number of people who watch the show as it airs on the CW) is so unremarkable that if it belonged to any other show there’s no doubt it would have been staked through the heart long ago.

And yet, season after season, Supernatural rises from the dead. It’s the kind of phenomenon that exemplifies the extent to which fans have been able to leverage the power of the web to affect the landscape of television.

As NPR reports, Supernatural's secret to remaining in the zeitgeist is an unrelenting online fandom that uses social media and the web to connect and build a community around anything and everything related to the show. That includes message boards, huge “fanfic” sites, a near omnipresence on Tumblr, and continued chatter on platforms like Facebook and Twitter.

Supernatural isn’t alone in its ability to cultivate passion for its characters and stories on social media. The TV show Scandal became a huge hit last year, in large part because of the way viewers took to social media to react in real time to every twist and turn. In the words of the LA Times, it became must-tweet TV. 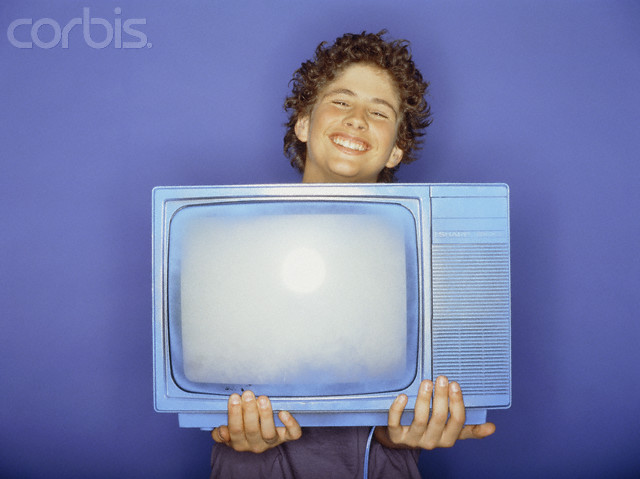 Other cult TV shows have also benefitted from the fervent love of their online followers. It’s hard to think that the NBC show Community, with its penchant for incredibly obscure inside jokes and meta humor, would still be on the air if it didn’t have such a devoted and vocal online following. What’s more, social media played a key role in ensuring the return of the show’s original creator, Dan Harmon. After a falling out with NBC, Harmon was fired, only to retake the reins last year after fans made it clear they wanted him in control of their favorite show.

Veronica Mars may have solved her last case on TV years ago, but interest in the show lived on thanks to the Internet, so much so that even though its last episode aired in 2007, a new movie is set to be released later this year. The film was crowdfunded through Kickstarter, a maverick move that would have been unthinkable before the era of social media. The reignited love for Veronica Mars and the excitement about the upcoming movie has sparked so much interest that on top of a feature film, there’s also a brand new spinoff in the works set to premiere as a web series.

Social media has become such an integral part of the TV watching experience that traditional metrics just aren’t an appropriate gauge for a show’s popularity and cultural clout anymore. Recognizing that social media has fundamentally changed the way people interact with TV shows, Nielsen launched Nielsen Twitter TV Ratings at the end of last year. It’s a move that signals an expanding role for social TV data in shaping programming, and a growing influence from fans who now have an unprecedented power in shaping what’s on their screens.

Looking at the bigger picture, these case studies in TV shows whose destinies have been shaped by social media say something about the immeasurable value of fandom, stoked by social media.  It’s a kind of loyalty that persists and is rekindled over and over by virtue of people having a space to celebrate the things they love online. That’s a testament to the kind of online communities that social media has been able to foster and a sure sign that their power to affect culture at large will only continue to expand.