How Can Podcast Help Your Business 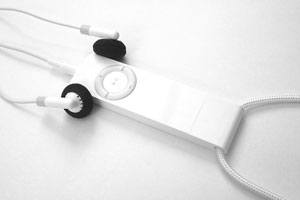 Podcasts are audio content that allows your consumer to listen at their convenience. The benefits of podcasting for small companies and business are greatly underestimated. Even bigger corporations don't take advantage of providing podcasts. Perhaps you should consider creating downloadable podcasts for your consumers.
Podcasts allow you to reach new and potential consumers. They also allow you to express your expertise and personality. Listening to a business owner, especially a small business owner, can intensify the passion of loyal followers.

The beauty of technology is that it allows you to target the people you need to reach. "You can send fresh and compelling messages out to target audiences," says Michael Neumeier, principal of the Arketi Group, a small-business marketing consultancy in Atlanta. “You can use it to start delivering educational content to a narrowly focused list of people. Even if it’s only 50 people, if it’s the right 50 people, it’ll do wonders for your startup.”

Podcasting can help you become a leader and expert to your consumers. If your business is clothing, you should talk about the latest trends, fashion shows, or designers. If you own a wine shop, consider giving wine tips or food-pairing advice. In today's fast-paced world, catching a shopper's attention can be difficult. It’s easy for users to download audio content to their smart phones and listen to your advice on the go.

The fact that you're creating audio content instead of just adding words to a webpage means that your business will be seen as innovative. It gives you the kind of buzz that's harder to obtain. Allowing your content to be shareable and available can put you at the top of leaderboard.
Comments (0) | Trackbacks (0) | Permalink

Does Your Business Need a Smartphone App?

As smartphones such as the iPhone and the Android become more popular, development of programs (known as "apps") that can be downloaded to the phones are also rising in popularity.  A recent survey by Deloitte LLC found that 45% of smartphone users downloaded an app at least once a week.  With just the swipe of a finger and click of a button, your customers can see your latest deals or newest products, without even stepping foot in your store.  Before you can decide whether your company might benefit from having its own app, you should do some research to make sure it is worth the expense.

App developers charge, on average, $100 per hour (the range is $50 to $250 per hour).  According to OS X Daily, the cost to develop even a simple app can range from $3,000 to $8,000.  A complex or recognized brand app can cost up to $150,000.  O'Reilly Digital Media claims that a full-time iPhone app developer costs about $5,000 per week, and some apps can take four to six weeks to develop.  Although you can save money by hiring college students or using labor outside of the US, oftentimes projects are not developed properly and more money has to be spent later to fix bugs.  Another thing to remember is that each market (iPhone, Android, Blackberry, etc.) will require its own program.  If you already know how to write code, you can always develop the app yourself and pay to be part of Apple's developer's program.

Having a successful app means having new and changing content, which will add to the cost (or time you spend on upkeep), and is something to include in your consideration.  You would also need to ask yourself if your customer-base uses smartphones.  Would they have a need to visit your app regularly and will it will drive business into your store?  On the flip side, could an app help your employees do their job more effectively?  Perhaps the purpose of the app isn't to make money but to help save money by making certain tasks easier.

Arguments in favor of creating an app?  According to Comscore, in 2010, over 45 million people were using smartphones.  The Android market had over 800 million apps downloaded in 2010.  The Apple iPhone had over 3 billion apps downloaded by the beginning of 2010.  Smartphone ownership is expected to grow 30% per year for the next five years (with an estimate that 2/3 of people in the United States will own one).  A really, really good argument in favor?  Domino's Pizza claims their app drove over $2 million in business into their stores within three months following the launch.  Clearly, Domino's is a nationally recognized chain already; however, it is a testament to the power of users committed to their smartphone apps.

There is much to consider before you can decide if a smartphone app is right for your business.  Under the right circumstances, it could really help you drive business to your store or improve customer service.

How about your business -- do you have a smartphone app or are you considering one?